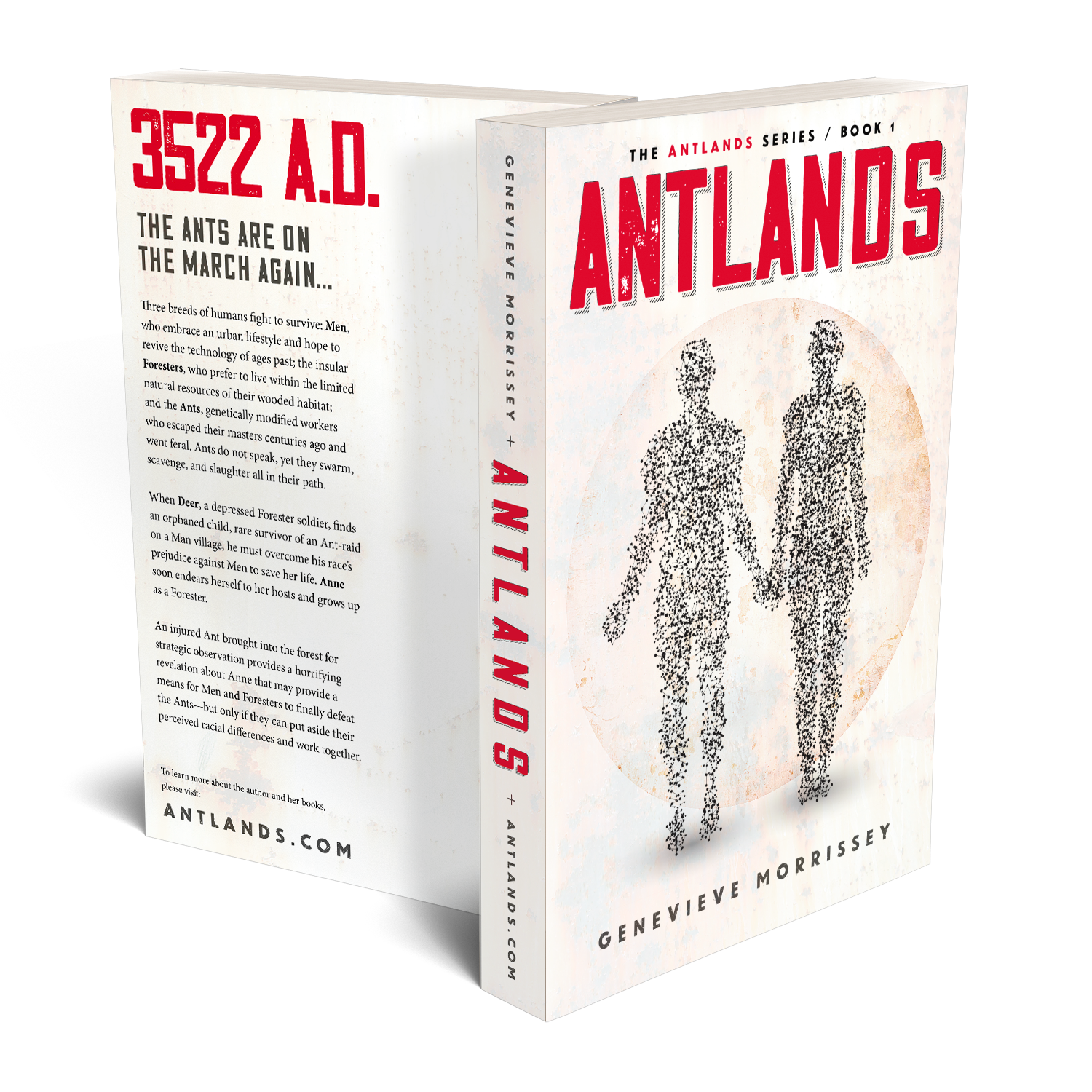 For a thousand years, humans have had to fight for their survival against the mute, feral Ants, genetically engineered as workers but now gone rogue, scavenging and slaughtering everything in their path. The beleaguered humans, in the meantime, have evolved two distinct cultures. The disciplined, insular Foresters prioritize safety over personal freedom in their woodland strongholds, while the more individualistic Men embrace an urban lifestyle and are eager to reimplement the technology of past ages. Nominally allies against the Ants, the two groups deeply mistrust each other.

Deer, a despondent Forester soldier, is one of his people’s foremost authorities on Ants. He knows with perfect certainty that Ant-raiders never leave survivors. So how, amid the carnage of a raided Man-village, is one small girl still alive? She says her name is Anne; but who is she, and what is her secret? Deer takes Anne to the forest to grow up, where years later, a horrifying revelation about her may provide a means for Men and Forester to finally defeat the Ants—but only if they can put aside their differences and work together.

Full of unforgettable characters, masterful dialog, and riveting scenes, Antlands is ultimately a story of hope, healing, and redemption.

Buy 'Antlands' In paperback or for Kindle

'Antlands' is now available as an audiobook from Audible! 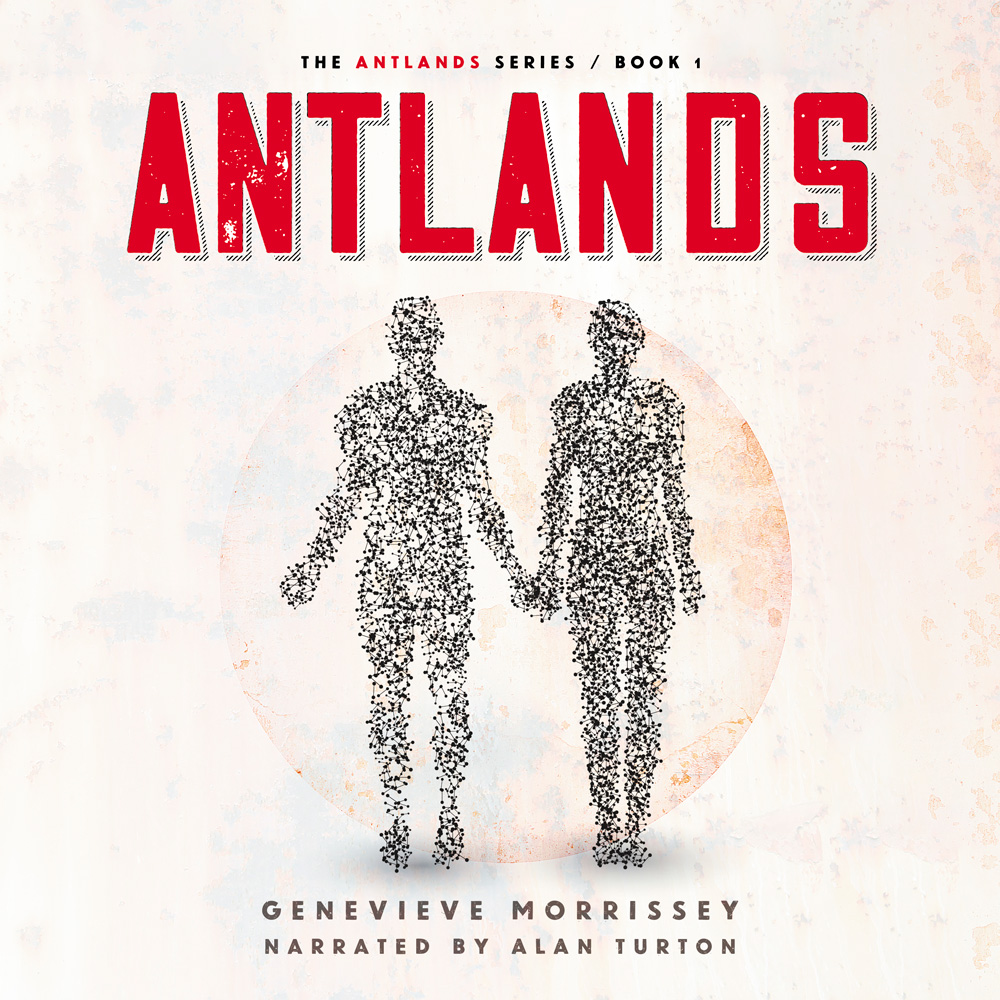 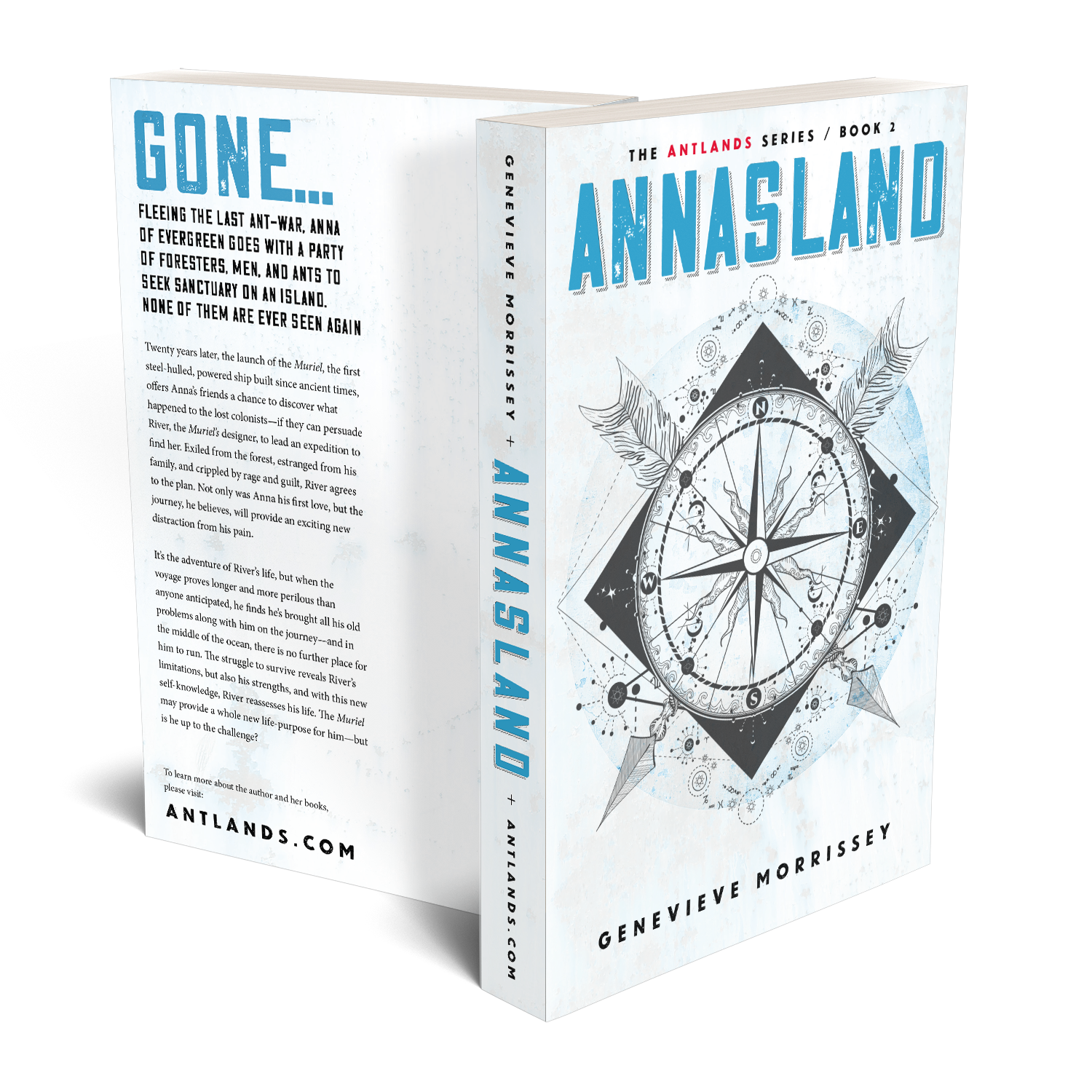 Fleeing the last Ant-War, Anna of Evergreen goes with a party of Foresters, Men, and Ants to seek sanctuary on an island. None of them are ever seen again.

Twenty years later, the launch of the Muriel, the first steel-hulled, powered ship built since ancient times, offers Anna’s friends a chance to discover what happened to the lost colonists—if they can persuade River, the Muriel’s designer, to lead an expedition to find her. Exiled from the forest, estranged from his family, and crippled by rage and guilt, River agrees to the plan. Not only was Anna his first love, but the journey, he believes, will provide an exciting new distraction from his pain.

It’s the adventure of River’s life, but when the voyage proves longer and more perilous than anyone anticipated, he finds he’s brought all his old problems along with him on the journey—and in the middle of the ocean, there is no further place for him to run. The struggle to survive reveals River’s limitations, but also his strengths, and with this new self-knowledge, River reassesses his life. The Muriel may provide a whole new life-purpose for him—but is he up to the challenge?

Buy 'Annasland' In paperback or for Kindle

'Annasland' is now available as an audiobook from Audible! 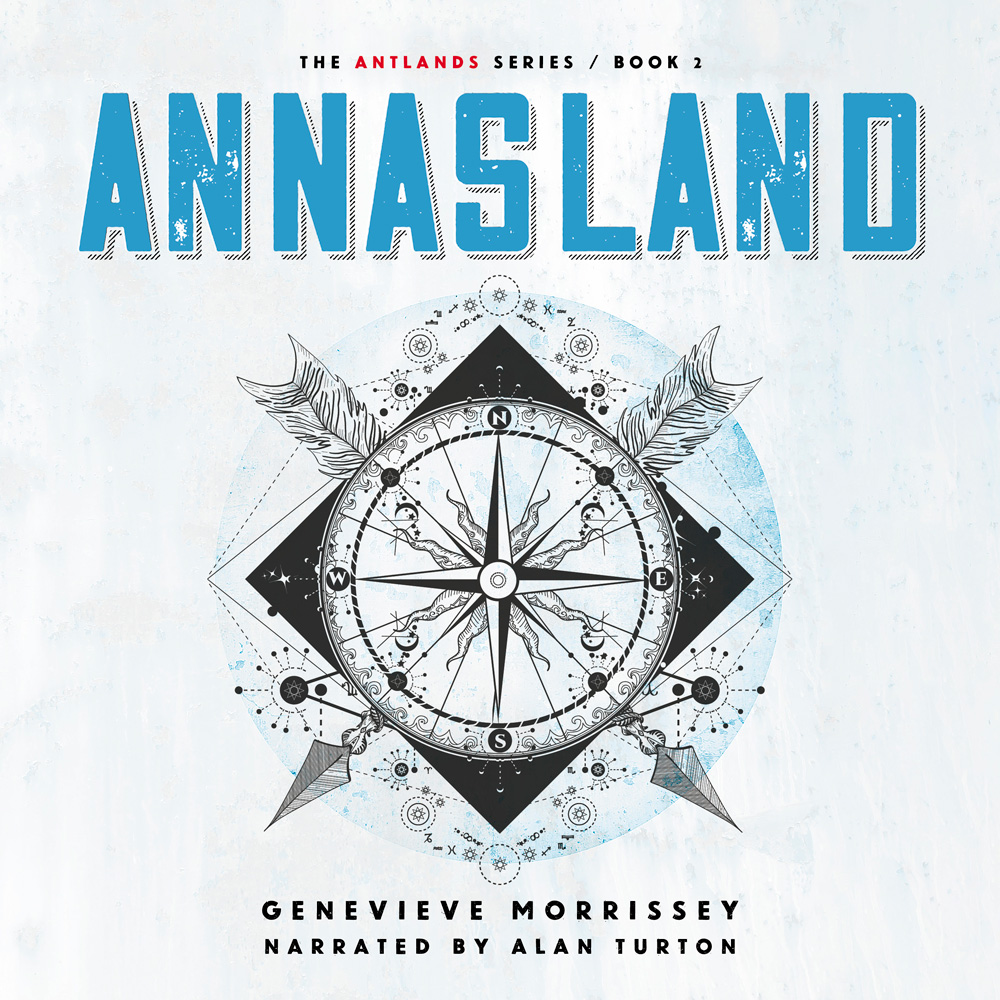 …is an avid student of British and American social history, but through one of those strange little quirks of fate she spends most of her days talking with scientists.

In Antlands, she explores a future history of societies coping with the loss of civilization, and their attempts to rebuild it.

Together with coeditor Sarah Morrissey, Genevieve has previously published The Complete Raffles: Annotated and Illustrated. 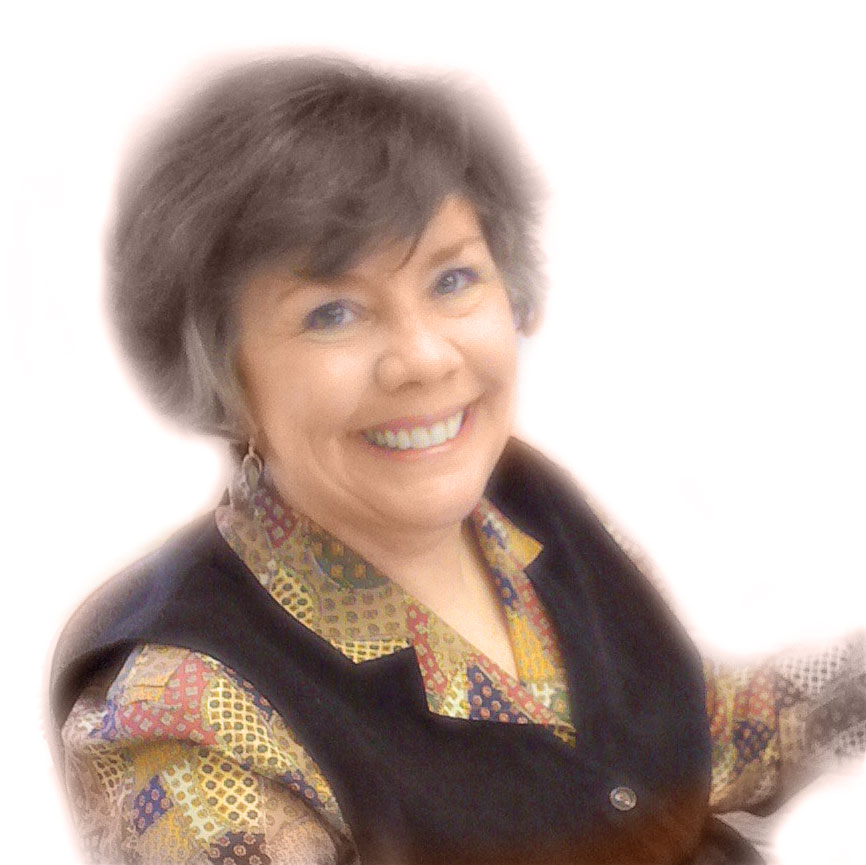 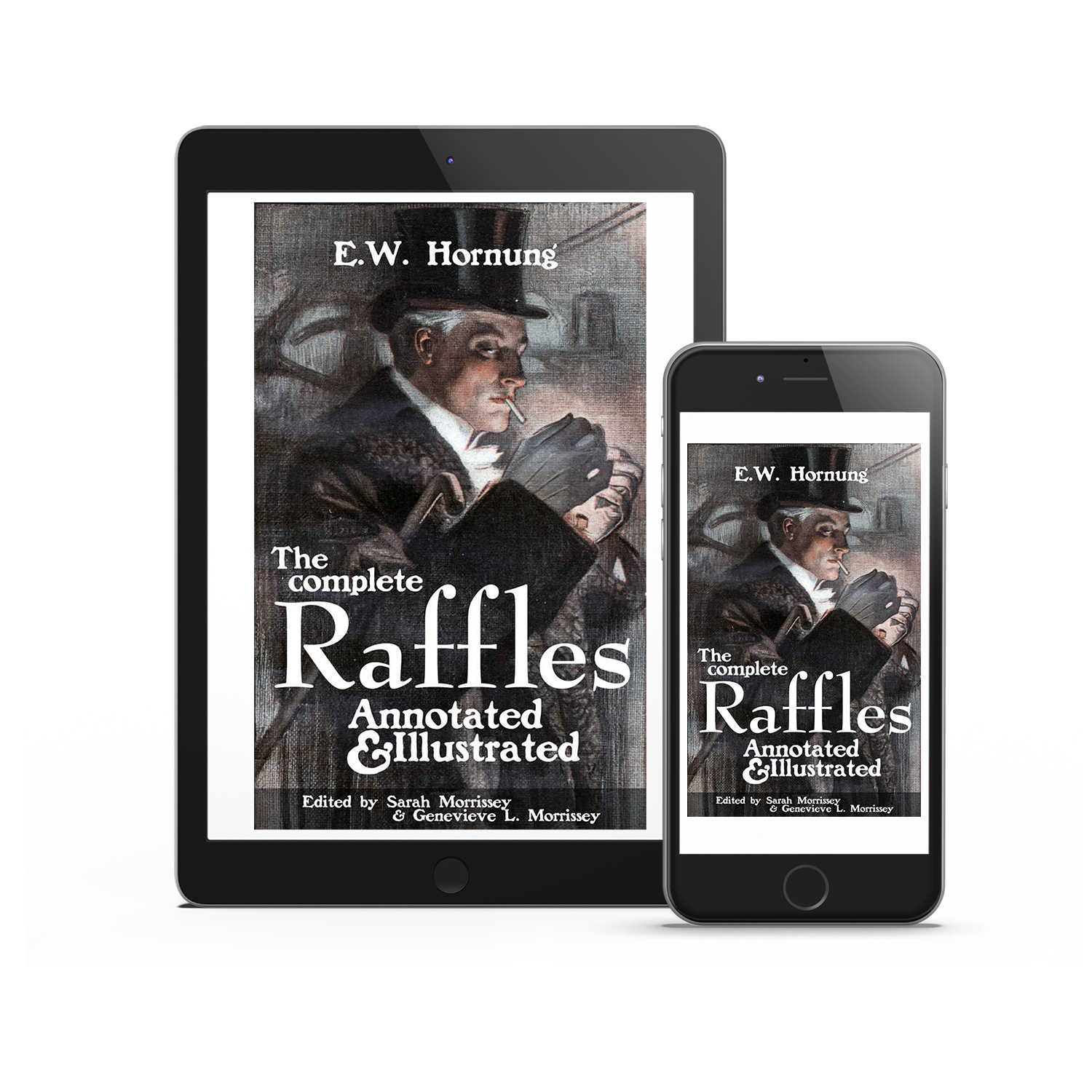 The Complete Raffles: Annotated and Illustrated

The full text of E. W. Hornung's Raffles stories with extensive annotations, as well as more than 200 illustrations that accompanied them in the magazines and newspapers where they originally appeared.

A. J. Raffles, gentleman thief, was once a household name, and his stories once rivalled those of Sherlock Holmes in popularity — and in fact Hornung and Sir Arthur Conan Doyle were brothers-in-law.

Available now on Kindle from Amazon.

Buy 'The Complete Raffles: Annotated and Illustrated' for Kindle